Wow, its July already, what happened!  This year is going by fast! It doesnt seem very long since the 2021 Crofters Kep was launched, and that was back in April.

Wilma did her usual and created a beautiful hat pattern in 5 different yarns each in a different colourway, and she used my handspun yarn for one again. I was honoured. But that also meant that I had to spin and dye the yarn for kits.

I decided to set the number of kits to 50, and should have put that information out, but before that happened the enquiries came in fast and they were booked up in a few days. I am only getting back to doing a blog now!!!

My appologies to those of you who have missed out on my handspun yarns for this years kep. I just could not fit in any more time to spin for the hat this year.

Wilma and I did look at alternative yarns to substitute for my handspun yarn and these are detailed below. 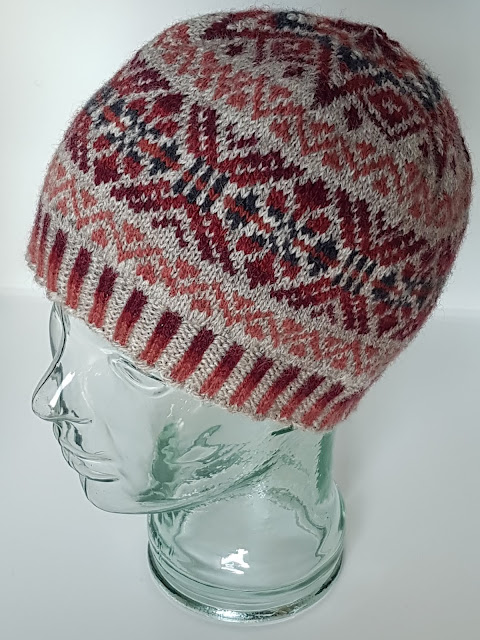 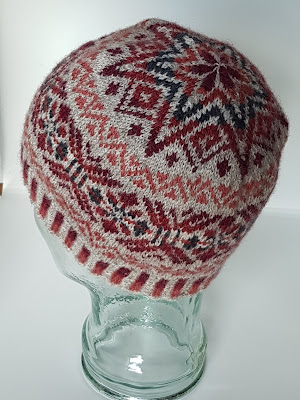 I did love Wilma's choice of colours, but I thought I wanted a Crofters Kep on a dark background. I thought I would see if I could just take the colours and rearrange them to knit a kep that was more ME - and by ME I really mean more blue. 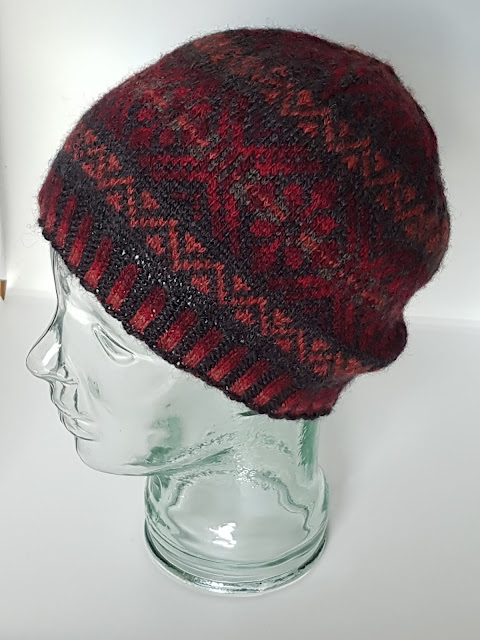 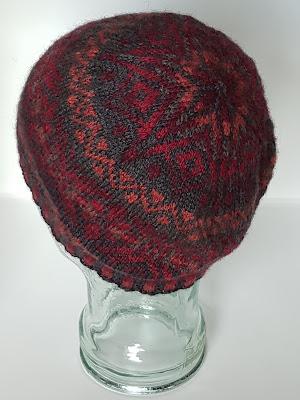 Here is the result. It is definitely more blue.

The other colours were Rouge, Wine and Madder but as I had used a colour almost the same as Midnight for the background, I used a colour similar to Wine as a substitute but a shade or 2 lighter.

The result was dark but it works - just, and is very ME.

Substitute colours for my handspun yarn colours from Jamiesons of Shetland:

Posted by Elizabeth at 07:59 No comments:

Elizabeth
Shetland Handspun uses old established spinning and knitting skills to produce yarns and garments from soft handpicked Shetland fleece. Handspun yarns are available in natural colours from white to Shetland black and fawn to moorit as well as a variety of naturally dyed colours. Fine lace yarns can include exotic fibres such as silks and cashmere to enhance the drape of the finished garment. Indulge in a timeless Fair Isle allover or an heirloom Shetland lace shawl. Enjoy luxurious yarns knitted in traditional or contemporary items. Choose from smaller accessories such as mitts, hats, and scarves - or treat yourself to an individually designed garment. Bespoke spinning, knitting and dying tuition is offered from beginner to experienced levels.